Interest Rates Finally Increase – What Does It Mean For Home Buying? 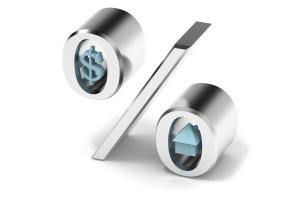 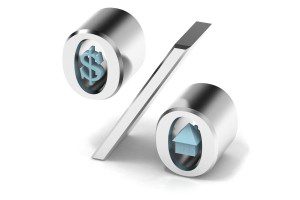 For the first time since 2006, the Federal Reserve announced a hike in its short-term interest rates. Almost immediately, speculation took off across the media with questions about what this increase might mean for a variety of sections of the economy – the housing market being one of the most prominent suspects.

Yes, home sales have gradually increased and this year’s final total should be slightly higher than last year’s. So will this move by the Fed reverse the trend and cause home buying to tighten up?

The good news: If home buying slows, it won’t have nearly as much to do with mortgage rates as people might think.

First, the increase was only a quarter of a point, which will make the cost of a mortgage only marginally more expensive each month. So in many cases, that increase alone won’t prevent any serious buyer from rethinking their plans.

Secondly, even though a great many consumers have been in saving mode in recent months vs. spending, some economic experts see a shift coming in early 2016 with home sales picking up significantly. According to Fannie Mae’s Chief Economist Doug Duncan:
“Housing demand is looking up as we head into next year. The rebound in purchase applications suggests that sales will gain momentum in the first quarter after retreating slightly in the current quarter. For all of 2016, total home sales are projected to rise 3.9 percent. We believe that further easing of mortgage lending standards will combine with a positive household formation outlook to help the housing sector expand.”

Based on what we continue to see and hear, chances are good that this interest rate increase won’t be the only one coming from the Fed. There could be as many as three more increases on the way in 2016. However, as long as these increases are gradual and small, the impact on housing shouldn’t be drastic.

That said, what we’ll want to keep a close eye on are two key factors: Job growth and overall incomes increasing across the country.

These factors need to keep pace with home prices possibly increasing as much as 5%. A percentage of potential deals may not go through as a result if the buyer’s income can’t rise in proportion to this pricing. While not expected to be a widespread challenge, it’s a scenario that has to be considered as we move through 2016. Yet if jobs and incomes move upward in a consistent fashion, the impact from small interest rate increases, even multiple ones, could be minimal.

What this means for new home projects
Certainly smaller projects in the home such as a bathtub or countertop refinishing shouldn’t lose any traction in the first quarter of 2016. With homeowners saving money in recent months, the timing may be very good for kicking the new year off with these affordable projects that could yield big returns down the road. If home buying isn’t expected to slow down and even increases despite a number of interest rate hikes, a homeowner with an eye on selling once the snow melts in the Spring might be wise to have a conversation about refinishing, reglazing and resurfacing now to get that project underway to prepare for an ideal showing.