The Case for Refinishers to Command a Higher Price 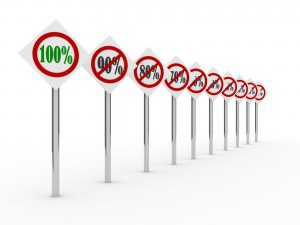 When it comes down to it, no two rooms might have more impact on whether or not someone decides to buy a home than the kitchen and bathroom. For the seller, these two areas can hold a great deal of weight in resale value as well – and it doesn’t necessarily require a giant renovation project. In fact, this year’s Cost Vs. Value report from Remodeling magazine continues to show that kitchen and bathroom projects under $5,000 rank very high for cost recouped.

With this consistent trend in mind, it begs the question: Why aren’t more contractors who refinish kitchen countertops and bathroom tubs pricing what they’re worth?

Generally speaking, we’ve seen another trend in our industry in which the price for refinishing a tub or countertop hasn’t changed in at least a decade, if not longer.

When minor improvement projects generate very good value in return, the opportunity is certainly there for you to raise the value of your work by pricing it higher.

So you might be thinking, “Sure, I don’t mind making some more money per job, but how do I make my case for what I’m charging?”

First, consider what happens if someone doesn’t protect the quality of their bathtub. What occurs?

Over time, you might start to see chips and cracks. Corrosive materials can build up. Think about the homeowner’s predicament at this point: If they don’t take action, they’re likely looking at a complete tub replacement that could easily cost them several thousands of dollars. Especially when you include not only the cost of replacing the tub itself but also demolition, removal and reattachment of pipes.

What would that homeowner then pay to avoid such a costly fix? An investment that’s nowhere near that amount – and here’s where the opportunity for refinishers like you to obtain more dollars per job. To be clear, we’re not talking about taking advantage of the customer whatsoever but rather seeing your work for its true and higher value.

“So how much more could I price my work?”

According to recent cost data by HomeAdvisor, a refinisher may be able to charge as high as $900 for a bathtub project. If you’re not comfortable going that much higher than your current rate, ask yourself if you’re charging at least $462. If not, you’re charging less than the average national value for tub refinishing jobs – and that’s the average. If you consider the quality of your work higher than average, you’ve got room for an increase.

Compare the same data from HomeAdvisor on a new tub install – on average, homeowners nationally will spend $2,866 for a tub replacement.

Just in comparing the averages, we can see that a tub refinish could save the homeowner approximately $2400!

For delivering a cost savings of several thousands of dollars and giving the homeowner a tub that looks good as new, aren’t you worth a few hundred dollars more?

Of course you are. Yes, another contractor may charge less. But you’re never going to win by continually racing to the bottom to earn business. Remember, you’re protecting one of the most important areas of the home for resale value and saving the homeowner good money in the process.

What would a higher price per job mean to your business by the end of the year?

It’s time to go for it and set the pace for what you can truly make, creating a statement about the higher caliber of work you provide.